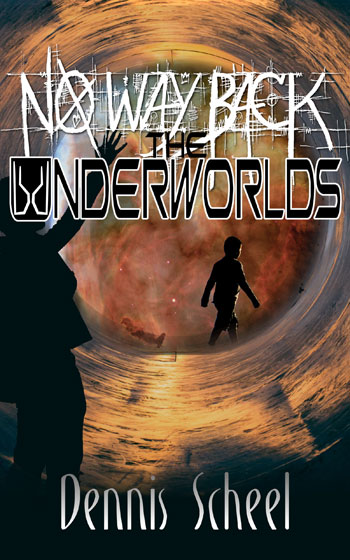 Scott Cawthon, the creator of FNAF (Five Nights At Freddy’s) was recently doxed and his family was threatened with home invasions, forcing him to retire. But what could cause a debacle like that? I found it shocking, but his political views led to his ‘cancelation’. The news story about Scott made me think about the world we live in now, where religious, political, or even benign, ill-stated remarks have led to such severe consequences for a person and their art.

My story runs the risk of alienating and angering some religious groups, despite being fictitious. If it falls into the wrong hands, it could be damaging to my books, but this isn’t a new phenomenon. In Denmark in 2005, a religious joke appeared in a newspaper comic. It didn’t garner any attention until a religious zealot outside of the small country’s borders started to blow it out of proportion because it offended him and others like him. The artist needed live under protection for the rest of his days…

Books have come under scrutiny too, and before you think it can only affect the younger generation; think again! Astrid Lindgren, the famous children’s author from Sweden was one of the recent targets. Her most famous children book series, Pippi Longstockings, penned a book called ‘Pippi in the South Seas’, which was recently banned from Swedish libraries because it’s considered racist now. In her case it was solved with a new publication of the book. Meanwhile, an American author of beloved children’s books, Dr. Seuss, had a few books pulled from all publishing sites for the same reason.

Lots of people feel entitled nowadays and it’s impacting trending actors, writers, and politicians disproportionately because of their place in the limelight. Recently, a maker of the TV show ‘Rick and Morty’ faced a brush with cancel culture after people scoured the internet and found an insensitive project that he made in college about twenty years ago. I doubt this would’ve happened if his show hadn’t achieved trending levels of popularity and ingrained itself into young adult culture. While this was initially just a problem facing popular creators, the scope of this rage has expanded such that ordinary people are now losing their jobs and college acceptances over dumb things they said online. With any luck, this push towards being ultra-offended will die down in the coming months and years…

As I said this phenomenon of being canceled is something I have avoided with my books, the Underworlds– series, but I’m not selling millions of copies. I am just an independent author with three books published. If Scott Cawthon and even more so, Astrid Lindgren and Dr. Seuss, are at risk, we can only hope that nothing we write will offend, or we might be the next one to be cancelled.

This is setting a dangerous, concerning precedence. I avoided certain subjects myself, and I’m sure I am not the only one, but can I avoid what would be bannable in a few hundred years? Societal values are changing so rapidly and the definition of what is acceptable work fluctuates with the shift in our core ethics. Some schools don’t teach To Kill a Mockingbird anymore because the story makes students uncomfortable, but the point of the story is to understand how unfairly others are treated. A teachable moment is gone because of the content of the story. In that case, the author hasn’t faced backlash, but J.K. Rowling, author of Harry Potter, hasn’t been so lucky. Her books may be loved by some, but a sizable percentage of her fanbase has found her personal views so abhorrent that they have sworn off her stories altogether. There’s a certain refusal to divorce good stories and ideas from the person who penned them. There’s a new trend I’ve come across online where someone will take a quote out of context and post it. Others read and agree with the quotes, sometimes describing them as life-changing… and then the author, usually a denounced warlord, is revealed and people freak out and immediately denounce the words they had accepted minutes ago, which demonstrates a disconcerting trend of dismissing good ideas and stories just because the people who came up with them are morally questionable by today’s standards.

I have to wonder how many aspiring artists are witnessing this movement from the sidelines and feel discouraged from their talent because of it. To all of you out there, I have to encourage you to continue. This fad cannot last forever and your dreams are worth fighting for, so keep aspiring to greatness and don’t be afraid of the mob.

Dennis Scheel has always had stories running in his head but was unable to tell them until after his accident, which left him mute and paralyzed on his right side. After he worked his way back through recovery, he wanted to try to tell his story once more after an acquaintance told him he was talented at writing poetry. Prior to that, his ex had convinced him not to write for ten years by insisting that he had no aptitude for writing. This time, Dennis tried writing his stories in English for the first time. Finally, he succeeded, and has never stopped writing since. The effort has produced three stellar novels:

No Way Back- The Underworlds

Taken With a Dark Desire: The Underworlds

More about Dennis Scheel, go to: