Don’t rely on the internet for marketing by Richie Billing

Don’t rely on the internet for marketing by Richie Billing

A Fantasy Writers’ Handbook has been out for nearly three weeks and I’ve at last had a chance to reflect on the experience of putting it all together and attempting to get it out to the world. I’ve self-published in the past, but it was more like getting my ankles wet than diving head first into the deep end. This time round I’ve learned a hell of a lot. In this short post, I thought I’d share with you the biggest lesson I’ve picked up.

Don’t rely on the internet for marketing

I’ve come across a few primary marketing strategies which have proven really effective in getting the word out. I did two simple things. First, I made a list of every bookshop and shops of a geeky, fantasy-related nature in my city, like Worlds Apart and Forbidden Planet. I asked them if I could leave some promotional bookmarks on the counter for people to take and if they said yes and expressed an interest I’d ask them if they’d be interested in checking out the book with a view to stocking it. 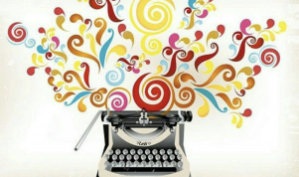 Amazon offers a very competitive price for printing author copies—almost half the price as the cheapest quote I was able to find from any local printing firms. And you can order up to 999 at a time. You can double your money selling a copy to a bookshop for a price that’ll leave them able to make a nice sum too, which makes it all the more appealing to them.

The other thing I did was draw up a list of all the local libraries and went down again with bookmarks but with a couple of copies of the book too. I asked them if they’d be interested in taking a couple copies as donations, and job’s a gooden. Obviously there’s a bit of a cost involved in doing this, but hopefully, you’ll cover it all in book sales down the line. Think of it as an investment in the success of your book.

Other approaches you can take to plugging your book in the immediate world around you is to write to local newspapers or publications asking them if they’d be interested in reviewing it. Send them a copy if you have one to spare. You could offer to do an interview about your new book or ask the publication to feature it. The same applies to local radio. Offer to go in and talk about your book. Have you ever listened to local radio? Trust me, they’re desperate for good content.

My middle name is Edward, so my name is also Dick Ed, though I much prefer Richie (although Dick Ed is sometimes warranted). I’m from a city called Liverpool, known for football and The Beatles. I like Neil Young, The Allman Bros, Brian Jonestown Massacre, Tess Parks and more, and most nights I’m up till the wee hours either scribbling away or watching the NBA. You can check out more of my scribblings at www.richiebilling.com.