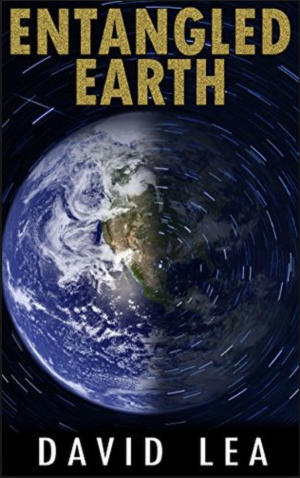 Entangled earth is a sci-fi novel about a high energy physics experiment gone wrong causing invisible intrusions from a parallel world. When Mia Green and her friend, Celeste are in Paris, things take a wrong turn. An attack happens and that triggers an interesting beginning for the story.

This apocalyptic story used a quantum entanglement to pair an atom with the parallel universe. Mia has to return back to England and get to her family, stop the world from ending from invisible, unpredictable attacks.

I found the fact that the author based its story on physics to be very appealing. The pace of the story was steady and the literature was strong.

The characters were memorable and possessed a good backstory. I particularly enjoyed the world setting and I believe that’s what made the book stand out. The story is told in the third narrative and possessed strong language.

I believe the story is a good fit for people that enjoy science-based stories and don’t mind unpredicted endings.