Kindle X-Ray and the Future of eBook Publishing: An Author’s Perspective by Jim Lowe 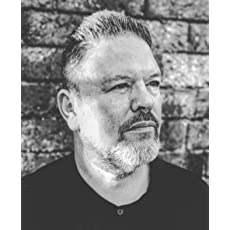 Kindle X-Ray and the Future of eBook Publishing: An Author’s Perspective by Jim Lowe

I used to write poetry with a fountain pen and notebook. There was no thought of reproducing this work for the masses, it was a simple act of playing with words, trying to create my own little works of art. If it didn’t achieve anything else, then I would be left with a diary of my emotions.

Writing with pen and paper meant there were no nagging targets, not even a word count. If you wanted to write something more substantial, at least in terms of quantity, you could buy a typewriter and bash out a novel, then send it to an agent or a publisher. Unless you obtained the elusive deal, then that would be it. The work stopped there.

I thought self-publishing would be simple. Write your book and upload it. Simples.

I’m not going to discuss the marketing work here – that’s another story. What I have been fascinated by are the current weird additions to Kindle editions and the question of what Amazon hopes to do with these in the future.

I haven’t got the answer, so the fun is in the guessing. If I was naïve, I would think that Amazon is just trying a few things out and seeing what works. If I was a conspiracy theorist, I would head into the data-driven mind control rabbit holes. I’m just going to throw out a couple of these developments and let you figure it out from your own point of view.

Have you ever seen, when browsing for Kindle books, a line which states whether it is X-Ray enabled? Most of the ones I browse through are not.

X-Ray on Kindle means that if you press on, say, a character’s name, the details of the character would appear at the bottom of the device, along with the author’s notes.

If you pressed on a place name, then the author could either write up their own explanation or have a Wikipedia article appear.

Therefore, I reasoned that by adding X-Ray on the book details page on my KDP dashboard, this would be the limit of my involvement. I’d even imagined that the character descriptions would be scraped from the text of the novel.

But I was wrong. After a short while, I received an email which informed me that I could now launch X-Ray.

So, it was back to the Dashboard and X-Ray was duly launched. A list with approximately 300 headings appeared, and every single one of them needed work, and/or decisions from me… This was going to be a long job.

There were a lot of character bios to update, and I had to be aware of where they appeared in the book so as not to accidentally drop in spoilers. If a character had a maiden name, for instance, I couldn’t include any references to her later married name – whereas later in the book, when she was married, it would be ok to refer back to her maiden name. Or, if they had a nickname or an alias, then this could all come under the same heading. If this was a leading character with 100+ entries, they would all be updated. My books had a large cast, and all needed my attention.

Next, there were the place names that could have a Wikipedia entry attached. This is the point where you suddenly realise just how many things can be lost in translation. One of these, for example, was the Square Mile. The list of potential Wikipedia entries sprung up, and the top choice was an imperial unit of measurement, which wasn’t my intention in the book. I needed the Square Mile, the financial district in the heart of London. I chose this, and then I reflected on the global audience I was potentially writing for. The Square Mile is obvious to me, living in England, but what if you lived in Kentucky? Should I have made it more explicit in the book? I didn’t think so – it was a thriller, it needed pace, and that couldn’t be done if I had to be a tourist guide at every place of interest.

From the other side of the pond, I’ve never known exactly how far three blocks was – is a block in the States a hundred yards? A mile, or does it vary? To Americans, this doesn’t need any explanation, but to readers elsewhere on the planet? It’s here that X-ray makes a difference: as an optional explainer for readers that don’t add to the bulk of the text.

I worked through the list, wondering what the hell I was doing at times. I thought about my own reading habits, and personally, I wouldn’t want to stop, in the middle of a story, and check who this character was precise. Having said that, in the epic fantasy books I had read, there were many times where I would have liked a reminder about who this group of people were, and where exactly they lived in this imaginary world.

I completed the exercise and uploaded this latest piece of work to Amazon. After about a day, I received an email informing me that X-Ray was enabled for my book. I checked it out on the Amazon Site – and there it was.

I stepped back from wondering if enabling my books with X-Ray would help me sell more copies, and instead questioned why Amazon introduced this feature. I didn’t get it.

I wondered how X-Ray fitted in with other ingenious inventions within the Kindle platform. The way the book could merge with the audio versions, to have the narrator read the book for you while shadowing the text as you go. Also, how it could be mirrored to a big screen for a whole family to follow together. Then there was the X-Ray function on the Prime Video channel – you may have noticed this when you pause particular TV programs, and the actor’s names appear.

Now, I don’t think Amazon employs a bunch of nincompoop mud-slingers in its tech department, so what’s the plan here? Is there a point of singularity where all these ideas merge? Is AI (Artificial Intelligence) learning more about the background to the writing process to enable it to bypass authors and create books of their own? Or, is it just a tool to put out there to see what authors can make of it?

At the moment it feels like a novelty, and there is little fanfare about X-Ray – but I can’t help wondering what’s next for this potentially exciting addition to the reading experience.

Jim Lowe has been a bookseller for a UK retail chain for forty years and has a love for books and the creative arts. From his prolific output of dark and edgy poetry of his youth, he has written a complex series of dystopian thrillers under the banner of the New Reform Quartet.

He is married to Cath and has two grown-up daughters, Becky is a singer-songwriter and Katie is a published author after signing a six-figure debut author deal for her novel, the Furies.

Jim is active – some might say, over-enthusiastic – a member of his local community in the Worcester area and runs Facebook groups for musicians and writers of all backgrounds and levels of experience. He has also worked closely, as a volunteer for BBC Introducing as a filmmaker and his niche YouTube channel for local artists has had over 300,000 views.

You can buy his books here.

2 Comments on “Kindle X-Ray and the Future of eBook Publishing: An Author’s Perspective by Jim Lowe”