Imam Hussain (PBUH): The Martyr of the Pioneer Culture of Mankind (Book Review #413) 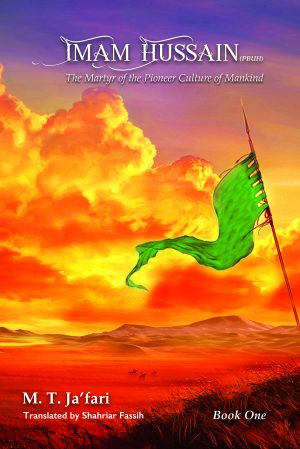 As a community, we have a history. We didn’t just start with our own generation. We can look back and see how others lived the human project. We can take examples and warnings from them. The book describes the philosophy of Imam Hussain’s movement against cruelty, dictatorship, and diversions that were created in the teachings of Prophet Muhammad (SAW).

From the beginning, I had no doubt that this book was going to be different. The author has an extreme amount of experience in writing books that have inspired so many Muslims. His knowledge of philosophy, religion and the social sciences alone were sufficient in having me prepare for what I was about to read in his book.

I have known about Imam Hussain (PBUH) and his sacrifice since I was a kid so, I did review this book with some background, however, as I read the book, I realized that there was much more about this martyr that I did not know.

Imam Hussain (PBUH) is a non-fiction, religious book about Hussain Ibn Ali. He was the grandson of Prophet Muhammad (SAW) and the third Shia Imam. The book is written and researched by an Iranian Philosopher. He believes that the events of Ashura, the intentions behind it, and the results that rose from it is relevant to humanity and society can vastly benefit from it.

I found the book to relate the sacrifice of which Imam Hussain (PBUH) made, with the essence of the human’s originality and belief. It rose questions like “Who am I? ” Where do I come from?” and “Where am I going?”

Religion has always been a fascinating subject to me, and I believe this book would suit people that have an open mind in accepting historical facts and reason, no matter what the particular religion is about.

You can click on the image or the links before in order to purchase this book.

Here is a video for those who wish to know more:

“Hussain is indeed mankind’s beacon of guidance and the ship of deliverance.”

We present this book to all seekers of truth and knowledge; may their thoughts and intellectual endeavors be ever-dynamic, and may Allah help them accomplish their attempts to know Hussain – the “Son of the truth.”

Muhammad Taqi Ja’fari is a well-known scholar who has written 41 books in addition to his 15-volume interpretation of Rumi’s, Mathnavi, and a 27-volume translation and interpretation of Imam Ali’s Nahj-ul-balaqah. 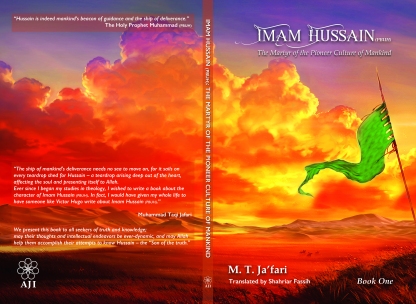 Mr. Ja’fari’s progress in this field was so spectacular that he was conferred with the highest degree of jurisprudence by the age of 23. Mr.

Ja’fari’s other major works contain his most important thoughts and ideas in the fields of anthropology, sociology, moral ethics, philosophy, and mysticism.