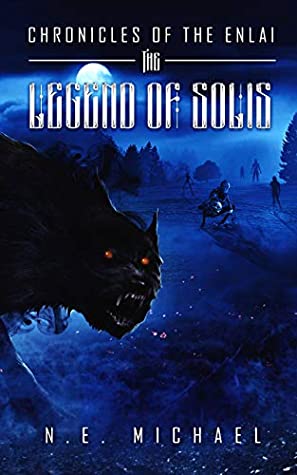 The legend of solis is the second young adult book from the fantasy series Chronicles of the Enlai.

Here is the link for book one review

The story revolves around Tobias Ford, who is the adopted son of the President of the United States. He is a well-known soldier who saved the Americans from evil Enlai. However, as Tobias discovers a few truths about his father and his country, he realizes that not all of his actions were veracious.

Even though the story was a sequel to the first book, the protagonist was not. The reader still gets to see the old characters; however, new ones are introduced, and the storyline branched from there. While the second book had a separate plot and storyline, I would still recommend the reader, to begin with, book one.

The literature and its descriptive writing made the book so fascinating. It felt as if I was watching a movie even though I was reading it. I believe the author was more influential in his second book as the characters had more bondable personalities, relationships, and altogether there was an element of fun that triggered the enjoyed of the reading.

I would recommend this book to anyone who likes to read fantasy stories.