“Eadlyn Helena Margarete Schreave de Koskinen is the main protagonist in the novels The Heir and The Crown and the prize of her own Selection. She is the daughter of King Maxon Schreave and Queen America Schreave, making her princess of Illéa. In The Crown, she becomes the first Queen of Illéa. She has a twin brother, named Ahren, who is seven minutes younger than her, and two other younger brothers, Kaden and Osten.”- by Kiera Cass 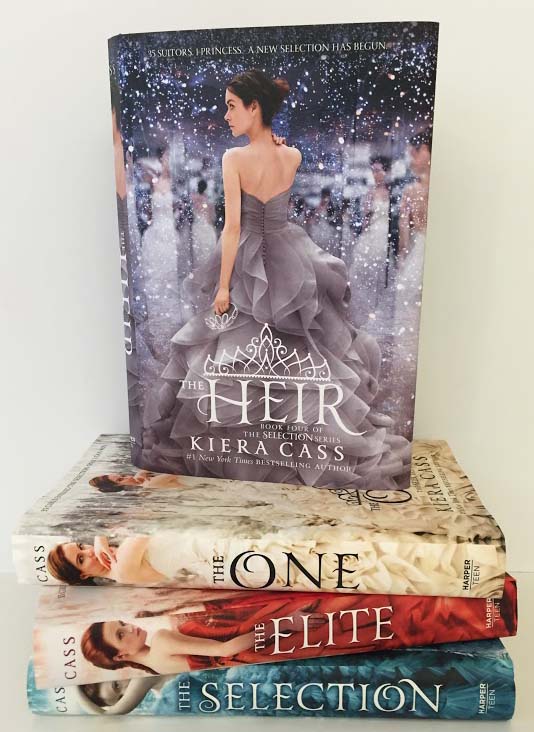 I managed to read all five of the books in July and found them very easy to understand and to follow.

“The Heir” and “The Crown” were written in 2015 and 2016. Without giving too much away for people that have not yet read the book, I would like to give a small description of the whole thing before I comment on my feelings about it.

Eadlyn is America’s daughter and next in line to take the crown. The caste system and the political situation of the country have changed. Eadlyn has been trained and taught everything she needs to know from birth and has a whole new set of problems and dramas to comprehend.

Eadlyn was fortunate with having considerate parents and the fact that her father trained her so well for the time that she was to become queen made the whole story very appealing. Although a few times you could see her rage, stubbornness or snappiness, you knew where they came from, and she managed to stay calm, firm and very independent throughout the whole tale.

The story contained the same witty skill of which, is Kiera’s writing and kept its beautiful visual scenes of cute dresses. It was nice to see how a country is ruled, and there was much more depth into the political side of things where we hardly saw any of that when Maxon was the prince.

One of the main negative parts of the story, in my opinion, was that majority of the book was continuously commenting on how she hated being trained, hated the workload, disliked becoming queen and hated having to choose a husband from the selection. Overnight, suddenly she becomes so eager to have the crown that she asks to become queen before her parents are even dead or want to give it all up! This change of heart is not only sudden, but the odd part was that she thought that she was able to do it all by herself too. Only afterward did she start assembling different people for different positions and all the training clicked into place. Otherwise, from the beginning and right up until the story ends, Eadlyn did not want any of it. 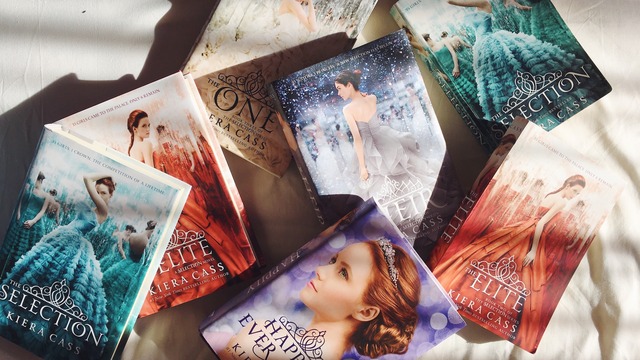 Another concern was that the men chosen for the selection seemed to be doing nothing but hanging around until she would spend time with them. They were so bored that they would come up with ideas to even entertain themselves or play games outside. When Maxon was going through the selection, all the girls were going through daily training and etiquette lessons. They were taught about the country, the demands and were studying, training for the day that they may become queen. I did not understand why anything of this sort was happening for Eadlyn’s selection. The intensity of things was much harsher and more disciplined around Maxon’s time.

Eadlyn remained clueless about love and what it meant to be in love right until the last couple of chapters. When she eventually found what it meant, it was so sudden, cheap and not much content revolved around it. It almost looked as if it was more infatuation rather than true love. The term “soul mate” was used in so many ways yet she only had two meetings with the one she liked discussing very simple things such as “what does your father do?” I believe if Kiera had brought up this love sooner in the book and gradually increased it, then it would have been a much more in depth, believable love. Subsequently, Eadlyn’s reasoning for breaking all the selection rules would then not look so much out of her character. She was always on regulation and guidelines, which was nice.

I still enjoyed reading the two books and was happy with the flow of everything. It was nice to see and learn more about the king and queen, Miss Marlee and of course Aspen. Kiera did an excellent job in connecting everyone together and finishing it all with a happy ending. I just wished that the ending did not look so rushed.

Here is how you can buy these books on Amazon:

← The Clerk by Matt Cowper (Book Review #62)
Acute Renal Failure -12 Year Anniversary off Dialysis – Never give up! by James Okun →