Schizophrenia: Living in Your Own Reality by DR. James Okun 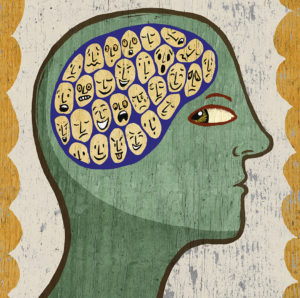 It is time for James Okun to pick our brain and inform us on some important medical matters. You can show your support by buying his books or leaving a comment here if you like- Jeyran Main

James D. Okun, MD is a Phi Beta Kappa graduate of Duke University and of the Albert Einstein College of Medicine in New York. He is the co-author of:

Schizophrenia: Living in Your Own Reality

Famous American actor Alan Alda dealt with his mother’s severe Schizophrenia by becoming extremely successful as a TV comedic actor.  He is, in fact, best known for playing a doctor on the award- winning television program “Mash.” In 2005, he used his childhood pain to become even more famous for writing a book (“Never Have Your Dog Stuffed”) in which he described his early life having a mother who was a paranoid schizophrenic. “She thought people were trying to kill her. She thought I was trying to kill her very often, Alda said”. (Another Side of Alan Alda Sept. 16, 2005, abcnews.go.com).

David Berkowitz aka “Son of Sam” was a New York city postal worker who confessed to shooting and killing six people and wounding several others in the years 1976 to 1977. He claimed that “a demon” that possessed his neighbor’s (Sam’s) dog commanded him to shoot attractive young women with long dark hair. He was later also diagnosed as a paranoid schizophrenic.

John Nash was a mathematical genius who was the subject of the acclaimed movie “A Beautiful Mind.” He also suffered from Schizophrenia but was “high functioning” even sharing the Nobel prize for Economic Sciences in 1994.
What possibly could all three of these people sharing the same mental illness have in common?

According to the poet, critic, philosopher and founder of the philosophy Aesthetic Realism Eli Siegel, “In all insanity, the ego is in a contemptuous and angry war with the rest of existence. And where there is anger, as I have already said, the solace of contempt is hoped for.” (TRO Number 167 June 9, 1976 www.aestheticrealism.net/tro). In Schizophrenia, according to Mr. Siegel, the personality opposites of “actual” and “familiar” are in “diseased opposition” to the “remote” and the “romantic” (Self and World p. 135).

In other words, the person with Schizophrenia lives in a reality of his own choosing rather than in the world as it exists. He has become “diseased in his self-exaltation.” (Self and World p. 143). As Mr. Siegel explains in Self and World on page 15. “I mean forthrightly to show that contempt causes insanity and as I have said, interferes with mind in a less disastrous way.” According to the third statement of Aesthetic Realism which defines the human tendency towards contempt “There is a disposition in every person to think he will be for himself by making less of the outside world.” (Erasing Scars: Herpes and Healing p.136 https://amzn.to/2a2rVxQ).

As a physician who has studied Aesthetic Realism for the past 32 years, I can attest to the fact that if you don’t do all you can to fight your unconscious desire to elevate your ego through making less of everything, not yourself (contempt), you will weaken yourself physically and mentally.

Common symptoms of Schizophrenia include delusions (“a persistent false idea or belief” www.merriam-webster.com), hallucinations and movement and thought disorders. In the acute phase of this disorder, patients may hear voices, may believe other people are “reading their minds” and controlling their thoughts and/or may believe others are plotting against them if they have a paranoid component to their Schizophrenia.

Other symptoms of Schizophrenia may include a lack of motivation, a blunted affect or lack of emotion, difficulty keeping a job or forming relationships and a decreased feeling of any pleasure in everyday activities. Schizophrenics may also exhibit problems focusing or concentrating, problems making “executive” decisions and difficulty using and working with new knowledge immediately after learning it.

Risk factors include a positive family history, poor pre-natal care, difficulty during birth and various “psychosocial factors.” Further research into the prevention of Schizophrenia may lie in learning to understand the “battle” within all of us between our desire for contempt which can lead to insanity and our desire to respect as much in this world as possible.

Current treatments include antipsychotic medications and various psychosocial treatments. The good news is there is a great hope for Schizophrenia and other mental illnesses if we are willing to address and analyze our attitudes and emotions and study our aesthetic makeup. As Mr. Siegel states “A Large purpose of Aesthetic Realism is to have a person make up his mind as to the value for him of contempt and respect. Only through aesthetics as the oneness of opposites can he do this.” (Self and World Preface: Contempt Causes Insanity p. 19).

The study and introduction of Aesthetic Realism early in a child’s education could certainly help institute mental stability instead of instability as a confusing world could be better understood and not simply hated. To understand our 2 warring selves and the battle between contempt and respect within us would help to give us mental balance as “No self can truly know itself and be ashamed.” (Self and World “The Aesthetic Method in Self-Conflict” Definition Press 1981 p.98).

One Comment on “Schizophrenia: Living in Your Own Reality by DR. James Okun”